Here's the history of how the Māori electorates were established. When the New Zealand Constitution Act was passed in 1852, it established the Parliamentary system. Those eligible to vote and to be voted for, had to be:

As Māori land was communally owned, few Māori could vote - they didn't have individual title.

However, when the Crown established the Native Land Court to individualise title to Māori land, to make it easier for them to get the land, there were now heaps of Māori men, aged over 21, with individual title to land and, thus, able to vote. It looked as though Māori would win about fifteen seats in the upcoming election, so the Crown passed the Māori Representation Act, in 1867, to restrict the number to four. One would be in the South Island and three in the North Island. This would also right the balance of parliamentary seats for the North and South Islands.

The total numbers of parliamentary seats at the time was 70, and this rose to 99 over the years while the Māori seats stayed the same, in spite of the fact that the Māori population had increased dramatically over the years.

When mixed-member proportional (MMP) representation was introduced in 1996, it was decided that the formula used to establish the number of Māori electorates would be the same as for the general electorates, i.e. base it on the number of Māori on the Māori roll, and so the number was increased to five. This rose to six for the 1999 election, as more Māori switched rolls, and then to seven for the 2002 and 2005 elections.

The next time Māori were able to shift from the general roll to the Māori roll was at the April 2006 census.

The hope is to be able to mount a campaign to get more Māori to switch to the Māori roll. If all Māori were on the Māori roll, there would be about 18 Māori electorates - win them all and we've got the balance of power.

Why Māori Seats Should Stay

Uncertainty over the future of New Zealand's Maori electorates will remain at least until the shape of the next Government is decided. Massey University senior lecturer in social policy Dr Richard Shaw looks back over the 138-year history of the seats, finding it riddled with inconsistencies and discriminatory practices, and mounts arguments for retaining the current system.

1867 The Maori Representation Act establishes four Maori seats in the 76-seat Parliament. They are voted for by Maori men aged 21 or over. Maori men therefore gain the universal franchise 12 years before non-Maori men who, until 1879, have to own or lease property of a certain value to have voting rights. They are not the only specialist electorates at the time:

Three were set aside exclusively for Otago and Westland gold miners, and one for an Auckland Pensioners' Settlement electorate, although each of those four seats was abolished in 1870.

1870 Secret ballots introduced for "European" electorates but Maori must vote by show of hands in front of a returning officer, and often under the watchful eye of local Rangatira, many of whom directed their people how to vote.

1893 Maori women receive the right to vote along with all New Zealand women but only in the Maori electorates.

1910 Voting by show of hands no longer compulsory although it is another 27 years before the law provides for compulsory secret ballots on Maori electorates.

1919 New law requires voting in Maori electorates to be held on a different day from the general election, usually the day before.

1967 Maori permitted to stand as candidates in European electorates, although still unable to register to vote in them unless they identify themselves by the official term 'half-caste'.

1975 European seats renamed General. Maori given choice of enrolling on General or Maori roll.1993 Electoral Act provides for numbers of Maori seats to increase - or reduce - according to the size of the Maori roll. By this time there are twice as many Maori registered in each of the four seats as in the average General seat, of which there are 99. Over the next decade the number of Maori seats increases to seven.

2005 General Election produces 18 Maori MPs, including four from new Maori Party. The number of Mäori MPs now roughly in proportion to the number of Mäori in the wider population. National Party pledge to abolish the Maori seats if it leads the new Government requires only a simple majority in Parliament whereas provisions governing the general electoral system cannot be amended without the support of at least 75 per cent of all MPs, or through a national binding referendum. Dr Shaw does not believe the Maori seats are a version of apartheid, as has been claimed by some.

"Apartheid was a system of institutionalised racism, which oppressed a black majority and shut it out of public life," he says. "For long periods of our history, had it not been for the Maori seats Parliament would have been a Maori-free zone.

"It is difficult to see how the Maori seats can be described as a 'privilege'. Voters on the Maori roll have two votes just like everyone else. If you're on that roll, you can't pop your two votes in the ballot box then whip round and have another go in a General seat.

"Also, the Maori electorates are more unwieldy than their General counterparts, covering huge geographic areas, particularly Te Tai Tonga, the Wellington-South Island seat, and Ikaroa Rawhiti on the East Coast. So, no sign of privilege there, for either the MP who has to spend long periods getting about the electorate, or for the constituent whose access to that MP is hampered by the tyranny of distance.

"Boil it right down, and about the only thing that can be considered a privilege is that someone who identifies as Maori gets to choose which electoral roll they're on, while those of us who identify as something else do not. That doesn't appear to be something which gives those on the Maori roll any material gain which the rest of us don't get a sniff of."

"Historically, being treated differently under electoral law has not been to the advantage of Maori. Anyway, depending on how one understands the notion, equality needn't require treating all people in exactly the same way. In fact, if equality is understood as achieving the same or similar outcomes, and if what is sought is a Maori presence in Parliament which reflects the presence of Maori in the wider population, then different treatment may well be justified.

"In the end, the debate about the Maori seats is really about the form which Maori parliamentary representation should take. And it has been slap bang at the centre of this year's election action. Out there in the Maori seats, the old political verities have broken down. The Maori Party has taken full advantage of this. By taking four of the seven Maori seats, and creating a parliamentary overhang, the party has put itself right at the centre of the coalition negotiations.

"While Labour does not need the four Maori Party MPs' support to form a government, at least under some scenarios, nonetheless it will talk with the party in the interests of securing a broad base of support in the next Parliament. On the other hand, as the numbers currently stand, National simply cannot create a government without the Maori Party, and it's difficult to see quite how National's promise to abolish the Maori seats can be accommodated by a party whose very existence depends on those seats. The Maori Party may well be the last cab off the rank, but if it's 3 in the morning, and there's only one cab left, then you pay the tariff." 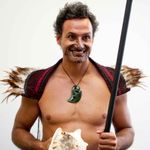